Why Do Businesses Fail in The UK?

Why Do Businesses Fail in The UK?

Britain is a booming start-up country

It’s less spoken about the fact that 60 per cent of these new companies will be out of business in three years, and 20 per cent will be out of business in just 12 months. Let’s be honest. Companies struggle for a variety of reasons. Some just don’t pass the market test, so we shouldn’t seek to shield companies from competitive forces. After all, the economy is driven fundamentally by a cycle of innovation, risk-taking and creative destruction. It is, therefore, not surprising that many new ventures have failed.

But economic, social and personal costs are related to this high rate of failure. Promoting entrepreneurial spirit is a cause for celebration, but at the same time as glamorising entrepreneurial achievement, failing entrepreneurs are sometimes written off, and business failure is generally followed by uncertainty, debt, and embarrassment that can stifle potential ambitions.

When I was a teenager, I watched the collapse of my father’s own small business enterprise. He had put everything into it – hard work, dedication, energy, and a hell of a lot of money. Sadly for my father – and many other small business owners like him, management skills have simply not been seen as an essential part of the entrepreneurial formula.

Jump forward 25 years – and not much else has changed. Only a third of small businesses in the UK provide management skills training for their new teams. UK small business leaders lag behind their counterparts in 17 other OECD countries when it comes to investing in adult education, and recent research shows that good management practises predicts a firm’s success even more than spending on R&D, IT, or even the skills of the workforce.

Many promising new ventures are being dissolved due to a lack of understanding of basic management and financial concepts; cash flow management, inventory management, motivational teams, response to predatory competitors, the list goes on. How many are new business owners actually preparing for the cold realities of not just growing a business, but keeping it from collapsing?

It’s not enough to be enthusiastic about a new product or a new idea, or even a hard worker. Too often, businesses don’t succeed, and they fail due to bad management, even when the idea behind the business is sound, which means that society – and the economy – will lose out.

Evidently, if more smaller companies are to survive and scale while at the same time reducing personal tragedy, then management skills are important. Indeed, compelling evidence suggests that improving the quality of small business management is key to resolving our productivity crisis.

A new report, published currently, links to studies that show that almost a third of the differences in productivity between the United Kingdom and the United States are linked to good management practices. When companies are well managed, they create more jobs, pay higher salaries, and sell cheaper and better products.

The Chief Economist of the Bank of England has also acknowledged that the difference between our highest and lowest output companies is greater than in the US, France or Germany. He drew attention to the fact that “in the services sector, the difference between the top-and-bottom 10 per cent firms is 80 per cent greater in the United Kingdom than in our foreign rivals.” Clearly, Britain’s competitiveness challenges can be attributed to the inability of companies in the long run of small businesses to follow the management methods and processes of Britain’s most productive firms. Closing the productivity gap between the top and bottom three quarters will raise the UK GDP by £270 billion.

The Management Matters report provides a range of policy suggestions that will help empower aspiring business owners with the management resources and skills required to stay up, develop and have a greater chance of success, but new business leaders must have the motivation and financial opportunity to access and learn management skills.

We now need a government-backed manifesto to boost the small business climate, increase UK competitiveness, and make Britain the best place for businesses to house themselves in the world not just to start, but also to develop a new company successfully. 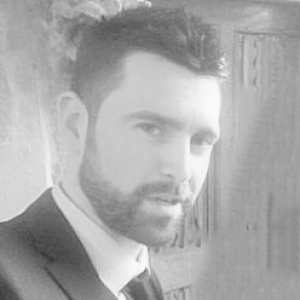 Enthusiastic entrepreneur, Rivmedia Owner and Proud father. Small business owner and passion for marketing providing SEO Services for Norfolk Businesses . I enjoy a round of Golf, Cycling and spending time with family. Interested in Apprenticeship and Small business news ? Sign up and Create a topic on our Forum : Start Discussion

Why Your Business Should Invest More in Your Graphic Design Budget

How to Create SMART Goals to Support Your Growing Global Business

How To Value A Business?

As a leading dredging contractor, we can use several different dredging techniques, to dredge rivers & canals.

Why Your Business Should Invest More in Your Graphic Design Budget

Almost all marketing is extremely visual. Before customers even start to understand what you sell, or read the pitch for your business, they’re taking in

How to Create SMART Goals to Support Your Growing Global Business

Half of small businesses don’t survive the first five years. Another 20% don’t make it past the tenth year. Of course, outlier events, industry variance,

Talent acquisition can be a big challenge in modern business, regardless of the industry or niche you’re in. You’re looking for the top talent in

How To Value A Business?